2019 was definitely an experimental year when it came to movies but some of that experimentation turned out for the better as some of them actually went into my top lists!

So let’s start off with movies first since I only have 4. In total, I watched 45 movies this year. One did not come out this year so these are just the best I watched this year. 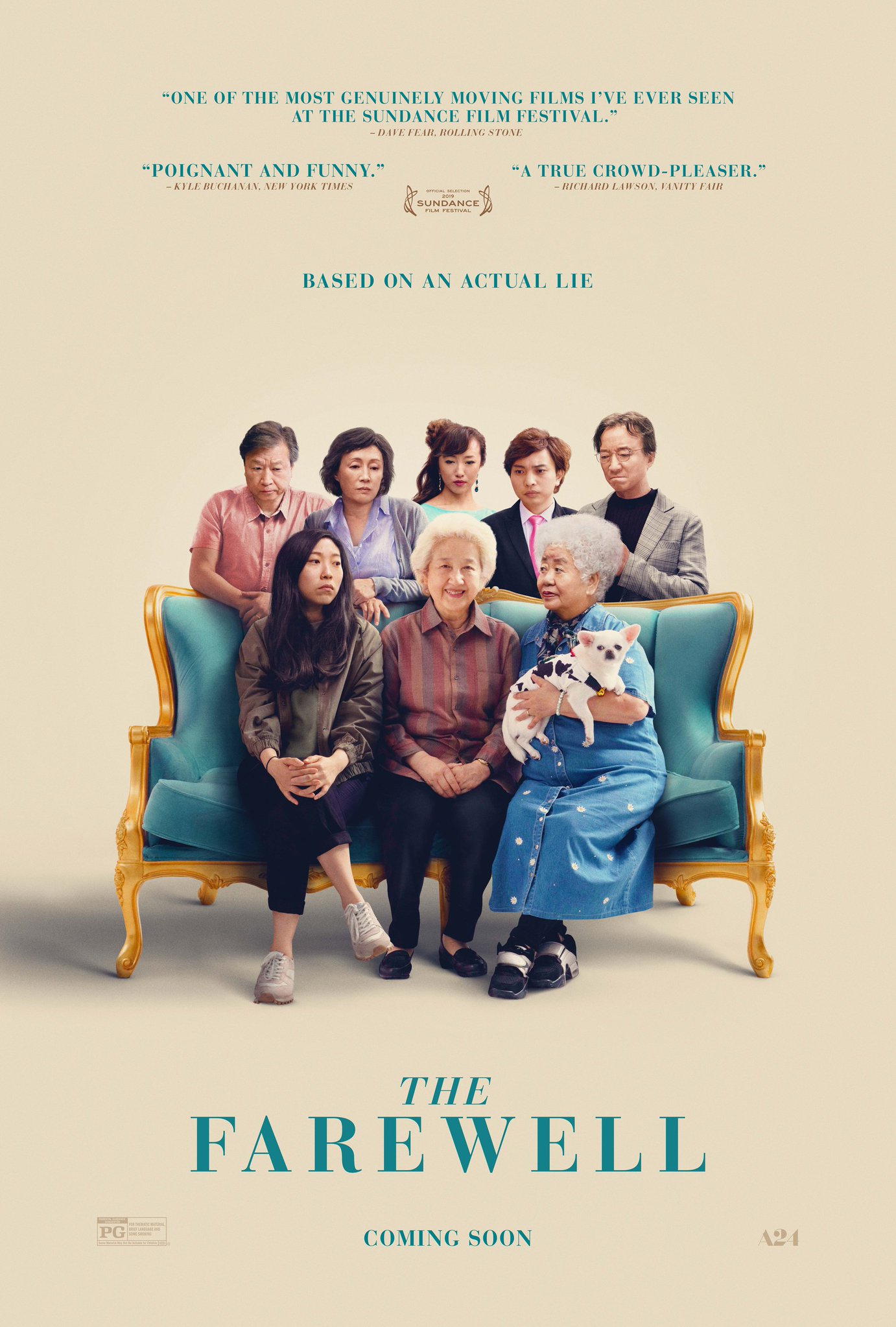 Despite my immense frustration with the ending, the Farewell had to make my top list. In retrospect, it would be odd if it didn’t because it definitely ticks all the boxes for my type of movie. It’s pretty female centric, the story revolving around our main character Billi who has a close relationship with her grandmother and her struggle with the family decision to keep her grandmother in the dark about her grandmother’s cance; it is character centric, most of the scenes are quiet, almost trivial interactions between family members and it’s a slow coming of age story about family. I definitely think the director has at some point experienced firsthand this internal struggle. Every conversation feels so natural. They feel real partially because there’s a lot of Mandarin infused throughout. But its dialogue takes on familiar beats of the “tough love” Asian children experience (her grandmother often calls Billi stupid endearingly) but also the unspoken silence of bearing burdens alone as is common in Asian households. The film does lean towards Billi’s side (the culmination of mainly American values) but ultimately dishes up both perspectives and lets the audience decide. It is a lovely and warm movie. Definitely will be rewatching in the future. 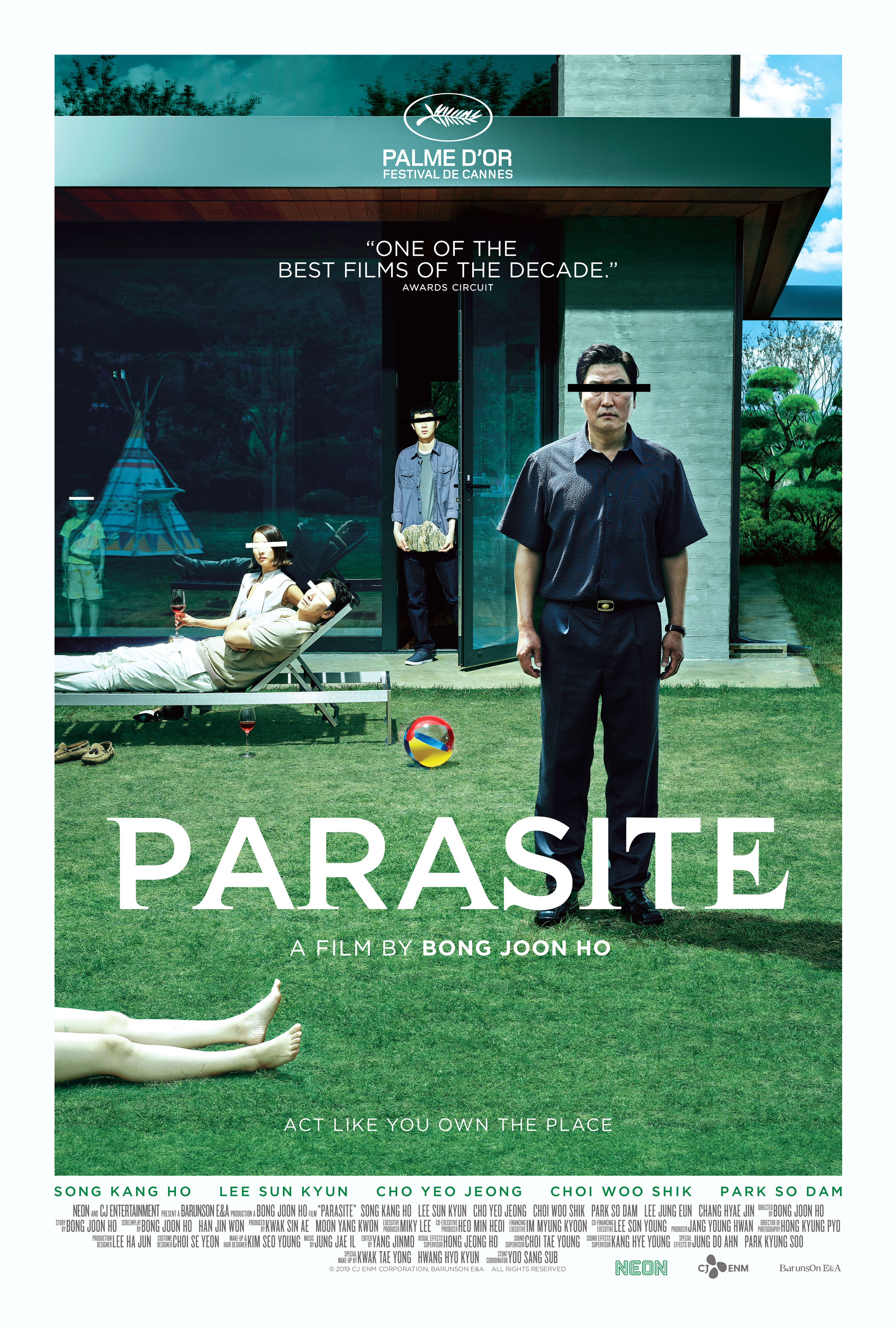 This one totally came out of left field and I definitely did not expect to love this one as much as I did. Parasite is a thriller with horror elements about a poor family that slowly invades this rich family’s house in an effort to get rich themselves. This movie is heavy on the metaphors and symbolism and although twists abound, nothing prepares you for the crazy twist in the middle. My mind was blown. In many thriller movies, characters especially secondary ones are not fully fleshed so you’re left with motives that are left woefully unexplained. But not here. I appreciated that each character had a purpose and a personality that had them even more interesting when they were on screen together. But more than that, the movie brings up a lot of questions surrounding the class system in Korea. I appreciated it more because we see how each class is at fault, how they faulted each other. I particularly found it interesting the themes of finding the poor disposable to the rich and how that came into play. When it comes to the war between rich and poor, the director does a brilliant job at highlighting the how vastly different these two worlds are.

3. Portrait of a Lady on Fire

When it comes to movies and TV, I definitely have a weakness for coming of age and romance. Never have I seen a romance so masterfully done as this one. On every technical aspect of filmmaking, this was beautiful. Each shot in the film looks like an oil painting from the 18th century. Each scene is carefully placed and centered. Every color is bright and saturated. Every glance between actors meaningful and fleeting that you can’t tear your eyes off the screen. I know a lot of people will think this movie is boring since so much of the action happens in the space between silences and quiet split second facial expressions but it says so much about love and desire. It also says a lot about how we create memories. I find also that films that are most successive in exploring through a feminist lens are the ones that don’t parade that they are “woke” and feminist but are still just as powerful. 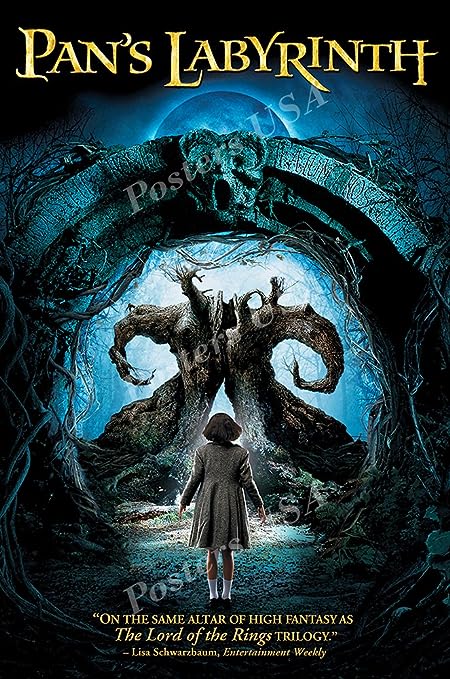 Pan’s Labyrinth is hands down my favorite movie of the year. It’s definitely a weird one but I loved the themes behind it.  Everything about this movie is stellar from the screenplay to the cinematography, the acting, the visual effects, the editing. All of it helps to convey a seamless transition from the human world to the underworld. lives in, in many ways humans do worse things to each other than anything the others could do. It is also interesting how even though the creatures look terrifying, Ofelia  retreats to this world when the real world is too much to bear. It is at least a world where she feels like she has some semblance of agency over her destiny and her life. The film is deeply brutal and violent yet somehow whimsical and mysterious. I love this movie because it upturns so much that we expect from a children’s fantasy movie. I also love how deftly it explores how children see the world especially in war and through the added fantastical lens we see the human characters for who they truly are.