I got to see this movie twice in theaters now and La La Land is first and foremost an ode. La La Land is an ode to many things. An ode to the old musicals of Hollywood. An ode to music. An ode to a city very near and dear to my heart: LA, but above all it is an ode to “the ones who dream” even as “foolish as they may seem”. I watched it with this in mind and just on that note alone, it is a beautiful piece of work.

I might be biased considering I’m a lover of all things romantic. And I don’t mean just the type of romantic love that occurs between Mia (Emma Stone) and Sebastian (Ryan Gosling). I mean the kind of romantic this whole movie is. The surreal, head-in-the-clouds kind of atmosphere that you associate with lovingly absent-minded people (or people who are just high) which is so fitting as an ode to dreamers. It’s probably predictable that my favorite scene in the whole movie is the one where Mia and Sebastian are dancing among the stars against sweeping music.

The main characters sort of exist in their own la la land heedless of the obstacles that confront them. Mia is an aspiring actress working as a barista while going to auditions that consistently humiliate her and Sebastian is a jazz pianist who wants to start a club to save old jazz music.

It’s quite a generic storyline though I argue that any story is generic if it is not supported. But this one is. The simple storyline combined with chaotic colors and frenzied movement just works. Maybe it’s not a matter of style over substance but of style supporting substance. The movie does an amazing job of bleeding magic into reality and reality into magic. Even when Mia is dancing a number in high heels with her roommates in a solid blue vibrant dress, you can still sense that realism come through like a heel scraping the gravel or a car door opening. And even Gosling and Stone themselves represent a sort of reality. The fact that they’re not exceptional singers and dancers just brought another sense of believability to the story. It was also a perfect blend of old and modern. Their fashion is old school but the humor is mostly modern (“Jamal, you be trippin”) but it works effortlessly together. As far as romances go, this one was so pure, it’s almost jarring how it was allowed to exist in pessimistic, jaded 2016. In its own way, II suppose that’s what this whole movie is about, that despite the jaded nature of reality, maybe the power of their dreams and passion reign over any type of second doubts they might have.  It’s a good thing the romance worked for me as the whole movie was grounded in it. I’m glad to say that these performances had so much chemistry and charm. Gosling and Stone just work together so well. So well, that when their characters deny that they don’t like each other, you kind of laugh because well, it’s so obvious that they do.

What struck me about this love story was the fact that despite literally everyone around them telling them they couldn’t make it, Mia and Sebastian never doubted each other’s dreams. Mia may not understand jazz and Sebastian may not truly understand what it’s like to be an actress but they both understand what it’s like to be passionate about their dreams. I’ve heard critics say that this movie is very unrealistic in terms of if people even achieve these dreams but it’s suppose to be unrealistic, it’s suppose to pay tribute to people who have unrealistic dreams but who try and try anyways. Even the ending tells you how much sacrifice and bullheaded dedication to their passion that it takes.

I adore the score to this movie. It is upbeat and snazzy but it effortlessly dips into melancholy when the time calls for it that’s very reminiscent of old musicals. And it’s not always obvious when they’re about to merge into song which I liked. Even if you don’t like musicals, I think it’s worth watching because the music is very understated. There’s also the choreography to look at which was so fast-paced, a treat for the eyes. My favorite is definitely “City of Stars” which just recently won Best Original Song at the Golden Globes. It is a beautiful melancholic piano ballad with just the right amount of whimsy. The music is also not always about furthering the story along but conveying the mood of the character. The cinematography is also so beautiful. Please forgive me for using this word millions of times in this review. It can be really dizzying at times but there’s so many wide shots of the city landscape from the idealistic view of the LA landscape to the gritty art mural that was breathtaking.

I really like that this movie was shot in LA besides the fact that I very much love the city besides the horrendous traffic obviously. But somehow the movie even makes the traffic something endearing, the scene of a hopeful opening number, “Another Day of Sun”. The movie also shows the artsy pretentiousness vs the more mainstream culture that coexists in LA. 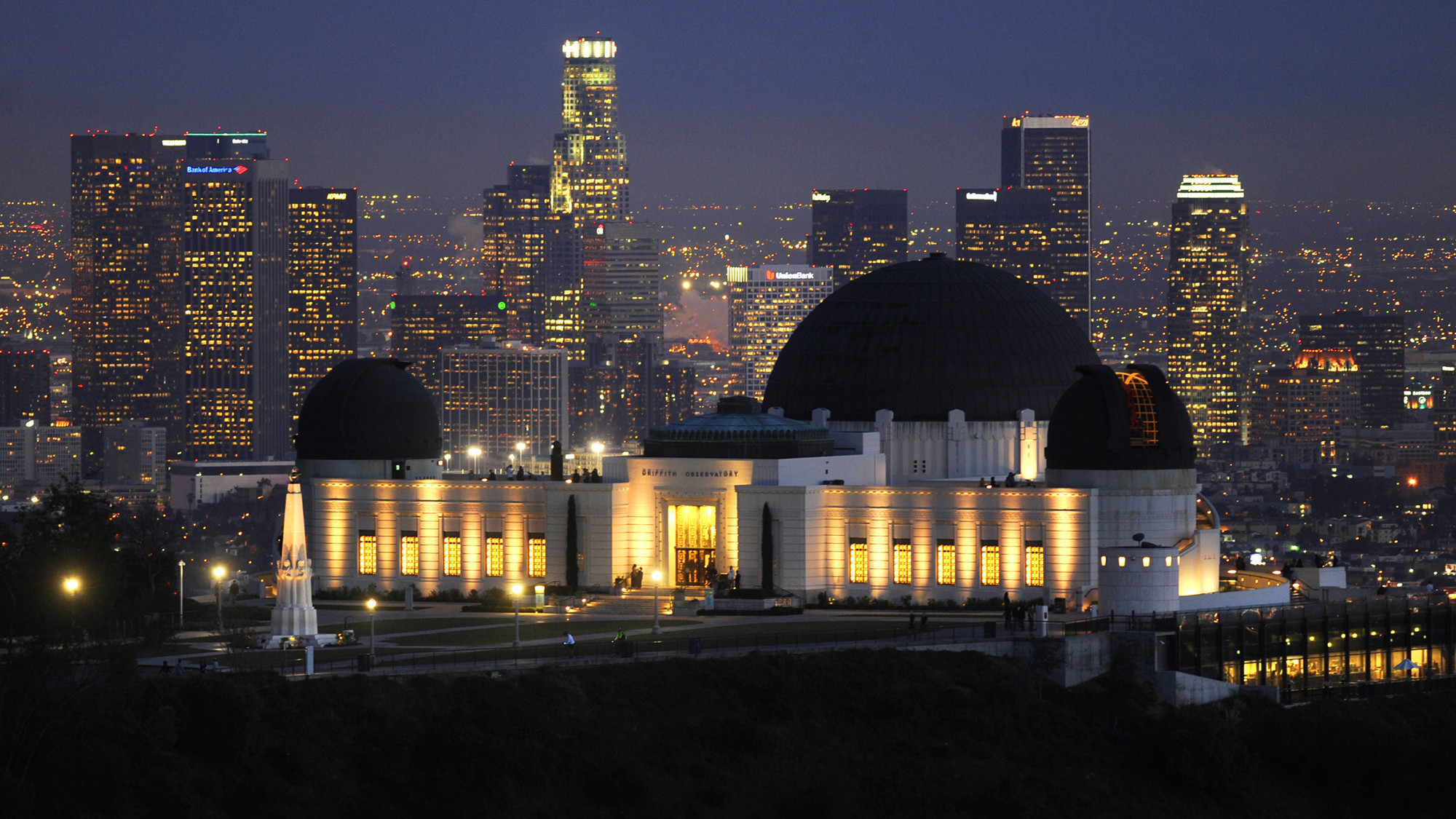 This was honestly a perfect opportunity to have people of color as the main leads to really highlight how diverse LA is but the movie didn’t go that route unfortunately. It’s a shame. But it does present a very diverse LA in the background which also seems to be a city that people go to to support their big artsy ambitions. You know the ones who come from small towns and go to LA to make it big (as Mia does) which in and of itself is a very romantic notion even though reality, as this movie illustrates, has to rear its ugly and uninvited head at every turn.

Maybe it’s fast-paced style made me forget how Hollywood loves to glorify the struggles of its people or really that Hollywood is in love with itself. This also confirms the fact that Hollywood loves to pay homage to past works which is getting kind of grating but La La Land, for me, is original enough to stand on its own. And I had a soft spot for its well-made romantic charm.