I started two new jobs this month. Now I love going to new places and interacting with new people as I’ve had to do in September. But at the same time, I hate doing those things because it gives me an all-consuming nervousness and fear of being incompetent. A week into working, my supervisor gave me a lab coat to borrow so I would look more official and of course, I had forgotten to tuck in the collar (because I’m absentminded af) so while she was explaining to the other workers (who were older than me) what we would be working on, she told me my collar was untucked and proceeded to straighten it for me before continuing to explain the procedure, which as you can imagine made me feel quite embarrassed. I know she meant well; that small gesture just pushed all those incompetent and nervous buttons I had. It was definitely a learning experience.

Complacency is an odd thing because when I get used to something, I slip into habit. Habit turns into complacency. I like the structure of habit but it makes me feel content when I know I still have things to accomplish. I’ll be happy with the way I’ve always done things even though I know there are probably better ways to do them. I’ll trick myself into thinking I’m satisfied but remember that this is not really what I was looking for in the first place. It’s a weird dynamic but I hope that my sense of complacency will not overshadow my goals in the next coming months.

But complacency doesn’t come until after the stressful parts and I have some other favorites that helped me with that stress.

First off, I’ve finally been using the St. Ives face moisturizer which has really helped my skin and is really cooling at the same time. Ironicaly, the St. Ives cleanser really, really dries out your face. They probably want you to buy both that’s why 😉 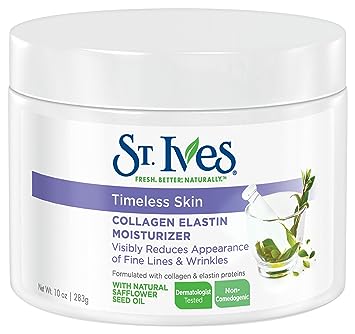 Closer by Chainsmokers has been overplayed on the radio like no other but I do like their other song All We Know ft. Phoebe Ryan. It sounds like Closer in some parts but I like it better. And I listened to some more EDM/dance music this month like Marshmello’s Keep it Mello and Alone. I also completely love Monopoly by Mokita and Cade.

I was so excited this month because this is the first time since becoming an APink fan that I’ve been there for one of their comebacks. And Revolution was so good. I think the fan favorite is Drummer boy and Boom Pow Love both of which I really like. I also really liked To Us. I like all of them ok.

And I do know why I haven’t used Blogilates to work out to before but her videos are soo good. I’ve been using her quick workout ones because they’re quick but they actually make me feel like I’m exercising if that makes sense.

I also went to the OC zoo this month which is weird for me because I don’t usually like going to zoos. I find that seeing animals in cages kind of depresses me. Idk why because I really like aquariums. The mountain lion cage was only about twice as big as my room which isn’t a lot considering there were two mountain lions in there.

Lizards. I literally thought they were fake until they twitched an eye

Golden Eagle death glaring at someone

I know I’m 11 days late but how was your Septemeber? Any sudden realizations about yourself? What are you looking forward to in October?