I wish I could stay in April like another 2 months. It was just so relatively stress-free. If my life were a book, the chapter on April would be like the calm before the storm, the kiss before the big battle scene, the comic-relief scene before one unfortunate side character dies off.

(finally), signing up for Anatomy summer classes, and sleeving cables (I sleeve USB cables for extra money), I was actually productive but I wasn’t. I basically skipped the majority of my classes. Probably used that time to watch TV and movies (which I’ll talk about in my What I’ve Been Watching post) or playing Stardew Valley. I was seriously addicted to Stardew Valley which is essentially like Harvest Moon and Animal Crossing from what I hear. It’s a farming game where you can meet people of the town and marry and grow crops and mine and even fight monsters. It sounds basic but you seriously never run out of things to do and it’s such a relaxing game.

I also took up Zumba which is actually so fun and such a good cardio workout but also such a good stress-reliever even if I don’t actually know any of the moves.. lol.. I also played badminton for the first time in what 4 years? I’d forgotten how much I loved it and how much energy it actually takes. Never underestimate how much sweat you accumulate just from waving a stick and hitting a birdie. And I even squeezed in two hikes. The first one was to the Jurupa Mountains Discovery Center where my friends and I went on a trail with a bunch of dinosaur statues. 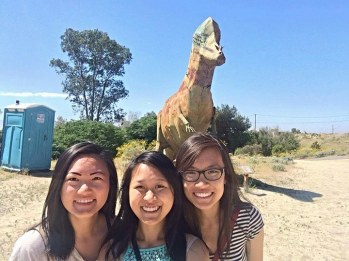 We weren’t suppose to go up the mountain by ourselves but we did it anyways because we wanted the pictures. Eventually we got caught by the tourist guide because we suck at hiding but I felt like a little kid again going to see dinosaurs lol. The other one was to Heartrock where your destination is actually a rock shaped like a..heart.. 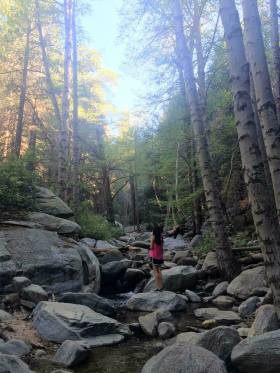 Obviously after hikes, you gotta eat. I’ve been obsessed with acai bowls. How can something be so healthy and so good but look easy to make and is also really expensive at

the same time?? I guess I can also say that about these chocolate bananas I love at Trader Joe’s. I thought I could make them myself but it turned out aesthetically not pleasing. 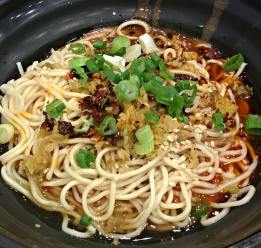 I tried Chinese dandan noodles for the first time which were essentially these noodles wrapped in peanut sauce and green onion. Also who can forget sushi?

And speaking of obsession, can I just say I still have feelings from watching Descendants of the Sun (review here). You know the obsession is real when it’s on your phone

wallpaper and you get emotional just listening to the soundtrack. And in between listening to that, I really liked My House by Flo Rida, Inside Out by Chainsmokers and finally getting on the Porter Robinson bandwagon. I also really liked Close by Nick Jonas ft. Tove Lo.