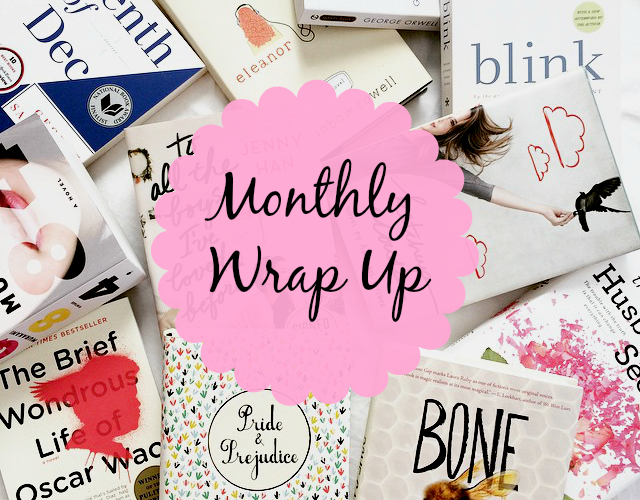 This is 6 days late but you know what, deal with it!!! (jk) Anyways, here is what I read in December..

The Reluctant Fundamentalist by Mohsin Hamid– I think this book was disorientingly more relevant than it has ever been. A honest exploration about the US’s relationship with the Middle East before and after 9/11 in a fictional account of a Pakistani man reflecting on the injustices of American thought to an actual American. I’m still thinking about the ambiguous ending. An important story.

The Amazing Book is Not on Fire by Dan Howell and Phil Lester– Ah, reading a book from my favorite youtubers. How do I rate this? Well, obviously, I’m extremely biased so if you like them read it, if you don’t like them, don’t read it. I do have to compliment it for not resorting to the usual memoir style, instead it’s written half like a yearbook, half like a textual conversation between Dan and Phil. It made me laugh and smile.

The Child Thief by Brom– This ended up on my favorites list of 2015 and I also have a full review on it so I think enough good things have been said about it.

The Sun also Rises by Ernest Hemingway-My first Hemingway book. After reading Dickens, reading Hemingway was almost jarring. He writes such blunt and direct prose which is probably why his books are all so short. His writing is very symbolic and has a penchant for dialogue. He explores apathy of the generation after WWI and the pointlessness of their lives. I must admit the themes of masculinity mostly flew over my head. All in all, a smooth foray into Hemingway but I don’t think he’s an author for me.

Cruel Beauty by Rosamund Hodge– It’s kind of a shame that there are so few Beauty and the Beast retellings out there because after this one I just want to read all of them. The main part of this book that I loved was the romance. It was captivating and intense from the very beginning. This was the romance that I was looking for in A Court of Thorns and Roses but wasn’t there. The worldbuilding is not the best though

Everybody Loves Bacon– A cute fun story about charismatic bacon with a rather morbid ending that I did not see coming.

White Oleander by Janet Fitch-For the most part, I really liked this story. It’s about a young girl whose mother goes to jail and it documents her story as she moves from one foster home to another. At times, the story felt a bit forced, a bit contrived. But overall, I think the character arc was really interesting.

The Winner’s Curse by Marie Rutkoski (Reread)-I simultaneously liked it and disliked it than when I first read it. This time around, I didn’t really mind the lack of physical worldbuilding. I think she makes up for it in building the world culturally. I also liked the interactions between Arin and Kestrel even more than I did the first time. However, I thought the pacing was really off and I thought the side characters besides her dad were just alright.

Bridge of Snow by Marie Rutkoski– This short story can be read before or after The Winner’s Curse. It’s about Arin as a child. Absolutely stunning. It just feels so magical. There was really nothing more I could have wanted in a short story.